This quarter we feature part one of a two-part series focusing on using mediation as a business tool. In this instalment Paul Stills considers the benefits of using early intervention facilitation in commercial relationships.

In Case in Brief we examine Pukeroa Properties (no. 2) Limited v Rotorua Hunting & Fishing New Zealand Limited [2019] NZHC 1367 in which an arbitrators award was challenged and leave to appeal was sought. We look closely at the reasoning for the ensuing judgment.

Elsewhere we delve into BNA v BNB and Anor [2019] SGCA 84 where a lack of clarity in a contract resulted in a drawn-out international dispute, ending in the Singapore Court of Appeal. In a similar vein on page 29, we look at an English Court of Appeal decision on a dispute where parties to a contract failed to distinguish between the arbitration agreement and the contract as a whole when deciding which governing law to choose. 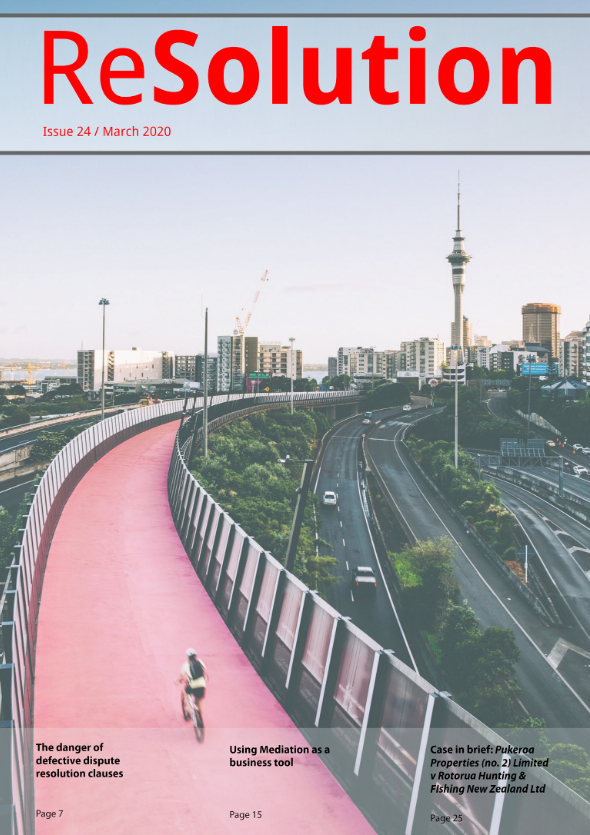