In this issue we feature arbitration with articles on the finality of awards, amendments to the Arbitration Act, the role of arbitral secretaries, enforcement of international arbitration awards, security for costs, and the nightmare that can be the reality of multi-tiered dispute resolution clauses.

We also look at therapeutic jurisprudence and how it might impact law reform, revisit neutral evaluation, and more.

In Case in Brief, Jeremy Upson discusses the recent decision of the UK Supreme Court in BPE Solidtors v Hughes Holland in which the court held BPE had no legal responsibility for Hughes-Holland’s losses sustained after a property development failed as the loss suffered was not within the scope of BPE’s duty. and John Green discuss the recent decision of the Singapore Court of Appeal in the Wilson Taylor v Duna-Jet case in which the court upheld the validity of a unilateral or ·asymmetrical’ arbitration agreement which made arbitration of a future dispute entirely optional at the election of the respondent. 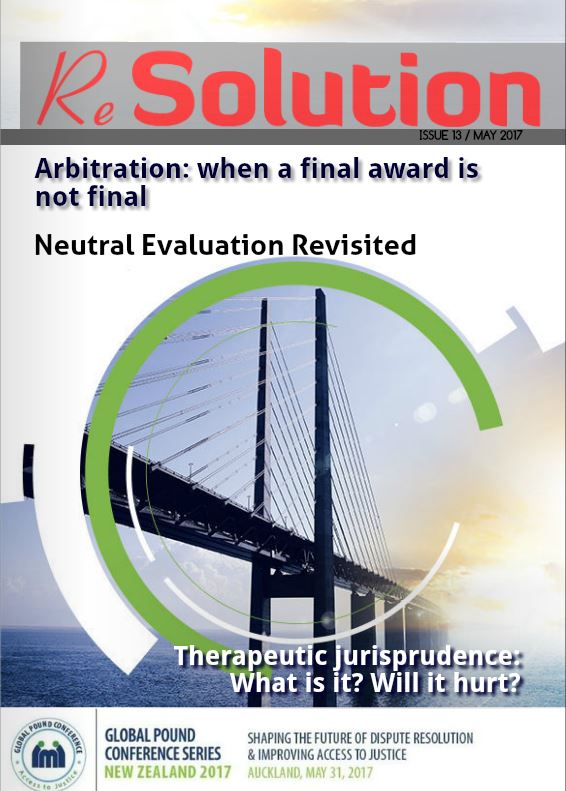