In this issue, we look at why arbitration is so popular in commercial landlord and tenant disputes and the historic trade agreement that has been agreed between Mercosur and the European Union. We examine a report issued by Scottish Mediation which proposes a strategy to make mediation mainstream in Scotland and we review the bill that the New Zealand Government has announced it intends on introducing to establish a farm debt mediation scheme. In Case in Brief we review the English Court of Appeal’s decision in Equitas Insurance Limited v Muncipal Mutual Insurance Limited [2019], where the Court allowed an appeal under section 69 of the Arbitration Act 1996 against an award issued by a judge-arbitrator.

In part three of her six part series on The Singapore Mediation Convention, Catherine Green considers what impact the Convention would have on trade and investment in the Trans-Pacific region and whether it would increase the incidence of FDI (foreign direct investment) in Trans-Pacific states. 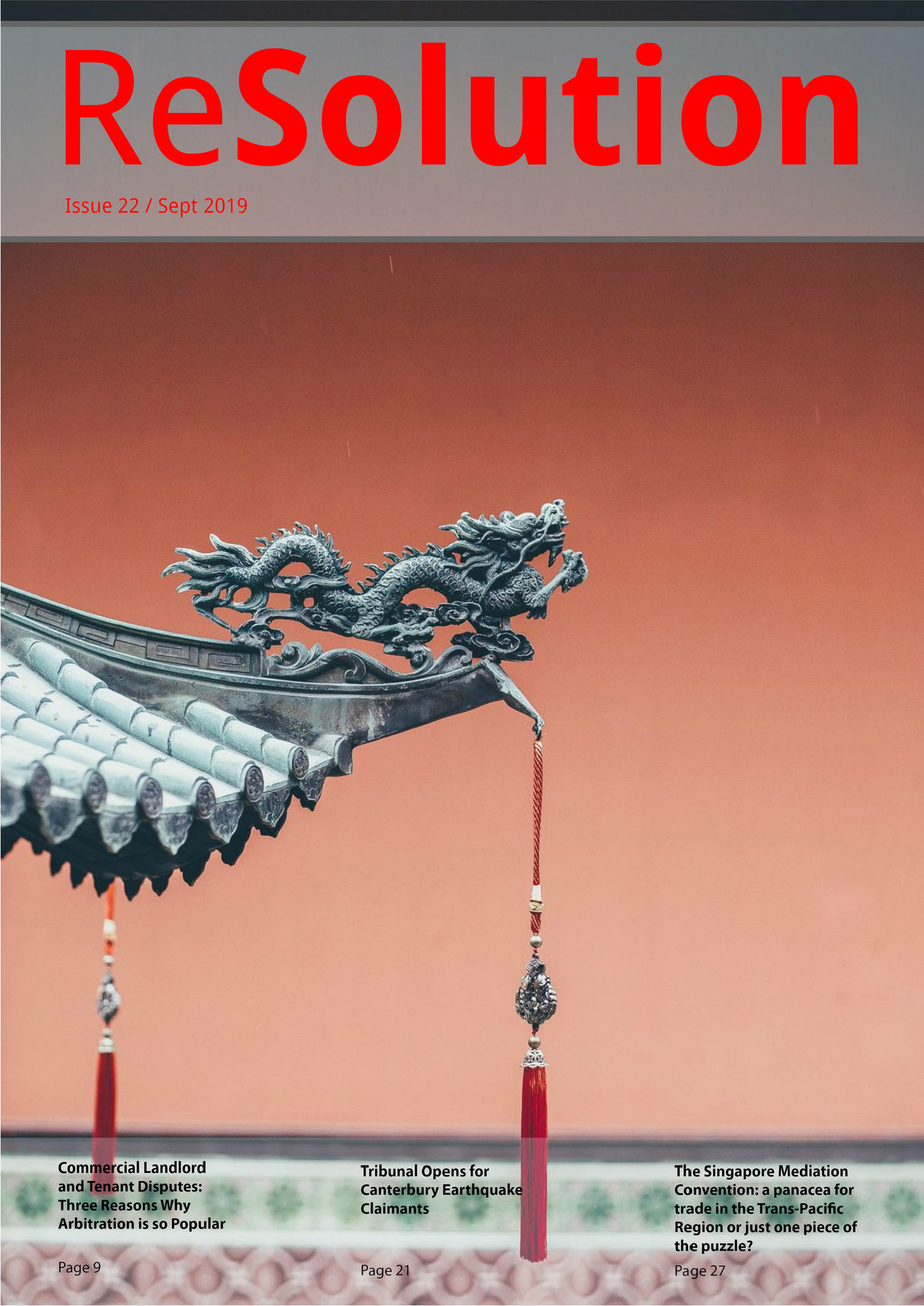