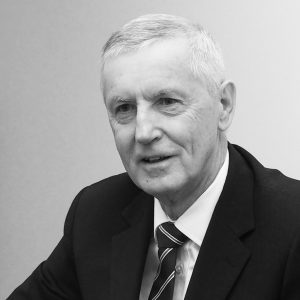 Warwick Smith is an arbitrator and mediator with over 40 years of experience in the litigation and dispute resolution industry. His professional experience includes a wide array of civil and commercial dispute resolution work – initially as an advocate, and later as an arbitrator, tribunal member, mediator and settlement conference convenor, and judge.

He was appointed an Associate Judge of the High Court of New Zealand in January 2014.

Warwick has recently retired from the bench, and has resumed his private practice as an out-of-court dispute resolution professional.

Warwick has been a Fellow member of the Arbitrators’ & Mediators’ Institute of New Zealand since 2001, and he had considerable experience resolving disputes before he was appointed to the bench. That experience included acting as a Domain Name panellist for the World Intellectual Property Organisation (WIPO), where he completed over 150 domain name decisions (including 15 as chair of 3-member international panels), and acting as an Expert for the New Zealand Domain Name Dispute Resolution Service. In addition, he was a member of the Copyright Tribunal of New Zealand in 2012 and 2013, and an Assistant Commissioner of Trade Marks, Patents, Designs, and Plant Variety Rights for New Zealand in 2013.