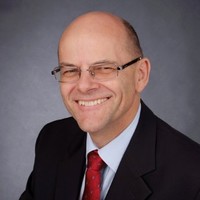 Tom’s mediation career commenced 25 years ago while he was still serving in the RAN as the Director of Naval Legal Services. He was instrumental in establishing ADR in the Navy in the area of sexual harassment and bullying. After leaving the Navy Tom became a full time mediator in the ACT and was the first conciliator for the ACT Health Complaints Commission. As this was a part time position, Tom conducted mediations for the ACT Conflict Resolution Service and Relationships Australia. Tom was also on the Merit Protection and Review Panel and the Housing Review Commission. In 1997, Tom was appointed the NT Deputy Ombudsman and over the following 5 years he had a number of senior Government roles, including the Anti-Discrimination Commissioner and Chair of the Health Complains Tribunal. Tom also conducted family law mediations for the Anglicare Resolve organisation in a part time capacity. In 1999 he introduced and implemented a Victim/Offending Conferencing model for juveniles convicted of second offence property offences and became a qualified conference convenor through Transformative Justice Australia.

In 2002 Tom moved to Brisbane and established his full time mediation practice under several banners and programs, working for agencies, organisations, all levels of Government, universities and other training organisations.

Tom has ADR accreditation in Australia, PNG, India and HK and conduct training in Australia and Vietnam. He has written extensively in mediation and supervise new and experienced mediators.