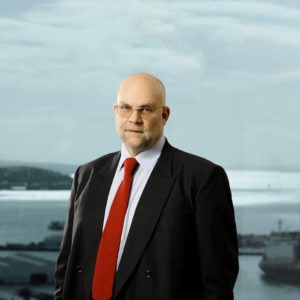 Royden is an experienced commercial arbitrator, adjudicator and mediator. He was a litigation partner at Simpson Grierson before moving to the bar in 1996. He became an AMINZ Fellow in 2001, and was awarded the Sir Ronald Davison Award for excellence in Award Writing in the 2001 Fellowship Assessment Programme.

Between 2002 and 2011 Royden chaired the Human Rights Review Tribunal. Since returning to practice he has been engaged as arbitrator in a wide variety of commercial matters. He also regularly acts as an adjudicator under the Construction Contracts Act 2002, and as Chair or member of a number of ad hoc and institutional Tribunals. Royden has taught Dispute Resolution at AUT University at both undergraduate and graduate level since 2014. He is a member of both the Mediation and Arbitration Panels of AMINZ, is a Principal Arbitrator, Evaluator & Mediator with the New Zealand Disputes Resolution Centre, and an RI-accredited mediator.

Royden is currently both the President of AMINZ, and its Director of Professional Studies.