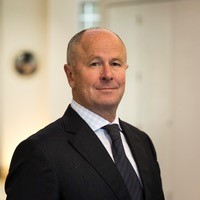 Matthew is a barrister and King’s Counsel, with over 35 years experience in commercial litigation. He has represented many leading local and international businesses before New Zealand courts, regulatory bodies in the securities and anti-trust sectors and in arbitrations. One of his first cases was as junior counsel in 1986, for Mobil Oil with David Williams QC, in an ICSID arbitration against the New Zealand government.

He has appeared in a number of domestic and international arbitrations since, the latter including for a US oil exploration company in respect of an issue over its oil rig in New Zealand waters and for Merial Ltd in a dispute over the sale of a business. Matthew was the litigation partner primarily responsible for running an arbitration over two years on behalf of a State Owned Enterprise, regarding management of New Zealand’s largest plantation forest. More latterly he has also been nominated as arbitrator in respect of a variety of disputes, including appointment to rent views, lease disputes and an international forex dispute.

His specialist area of anti-trust law has seen him advise and represent clients in many investigations and proceedings by the Commerce Commission, and also in respect of many of the leading mergers and acquisitions in New Zealand.  He has also more recently been instructed on behalf of the Commerce Commission.

Recent cases include as counsel for the Commerce Commission in respect of challenges to its first authorisation of a merger since 2001 amendments to the Commerce Act, for the Port of Tauranga Ltd in proceedings regarding access to its terminal, for the Bank of Tokyo in respect of a syndicated loan facility and as counsel for kiwifruit growers in a class action against the government.

Of special interest was his representation of  Bell Atlantic and Ameritech in various court proceedings arising out of the creation of Telecom. More recently he was instructed by Visa in the credit card interchange proceeding, and by British Airways in the air cargo cartel proceeding.
Matthew graduated from Auckland University in 1983 with an Honours Degree in law and, following a period as judges’ clerk, obtained a post-graduate degree from Oxford University (BCL). He joined Russell McVeagh in Auckland in 1985, became partner in 1989 and then spent five years helping develop the Wellington office of that firm in the early ‘90s, including periods on the firm’s board of management and ethics committee. After 8 years back in the Auckland office of Russell McVeagh, Matthew went to the bar and was appointed Queen’s Counsel in 2013.

Admitted to the bar both in New Zealand and New South Wales, Matthew has been nominated, and appointed, as arbitrator on a number of occasions.  His interest in arbitration led to him completing a Diploma in International Arbitration in 2016, and he was  accepted as a Fellow of the Chartered Institute of Arbitrators (UK) and the Arbitrators and Mediators Institute of New Zealand (in respect of the latter, also being listed on the AMINZ Panel, as well as panels with the New Zealand Centre for Dispute Resolution).