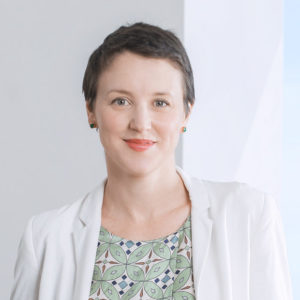 Lauren is a generalist commercial litigator and international arbitration practitioner. Lauren is known as someone who gets into the “technical and scientific details”, is “incredibly well-organised” and can be “trusted to do anything well” (Chambers UK (2017), International Arbitration, Client Feedback).

Lauren grew up in Vanuatu, in the South West Pacific, a French-British condominium. She obtained her LLB(Hons) and BSc (Biological Sciences) from the University of Auckland in New Zealand (2006) and an LLM from the European University Institute in Florence, Italy on a full scholarship (2009). Lauren is a bilingual French and English speaker and also has working knowledge of Spanish and Bislama.

Lauren has developed particular expertise in disputes arising in the life sciences, telecommunications and energy sectors. She also has considerable experience in formulating and responding to complex damages claims, an area that suits her scientific background. In terms of her arbitration experience, Lauren has acted both as counsel and as administrative secretary to arbitral tribunals.

Prior to re-joining Bankside Chambers in November 2018, Lauren was a senior associate in Allen & Overy LLP’s litigation department, working in the international arbitration team. Lauren is experienced under all key arbitration rules, including those of the ICC, LCIA, SIAC, UNCITRAL and ICSID Rules. She has acted in a wide range of international arbitrations, including those from the pharmaceutical, insurance, energy, property and construction sectors. Lauren also has considerable experience in investment-treaty arbitration, having acted both for and against states. Lauren has successfully represented a number of clients in their investment claims against the Kingdom of Spain, arising out of changes to regulations governing renewable energy investments. Many of those awards are now publicly available.

Lauren is dual-qualified and admitted to practise in New Zealand and in England & Wales.