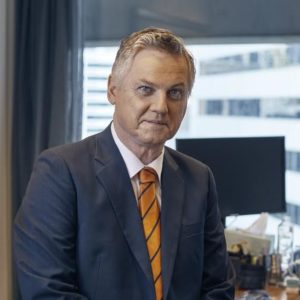 With key roles across a range of alternative/appropriate dispute resolution bodies and with sector recognised expertise confirmed by independent publications Khory McCormick is a recognised market leader in the field of dispute and conflict resolution in the Australasian market and beyond. In 2018 Khory has focused on his regional and target market(s) presence in the area of conflict and dispute strategic advisory, neutral work (across all areas of conflict and dispute resolution) and a number of public engagements including through Board appointments, and engagements with substantial public institutions and educational groups.

After 40 years of practice as a partner at the top end of the commercial, public and private sector markets Khory’s opinion is widely sought across a broad spectrum of industry sectors. Peer rankings regularly ranking as a ‘go to’ adviser and a thought leader in terms of the future of dispute resolution particularly in cross border and cross cultural contexts. He was for example selected by the Canadian Government and the parties to undertake the OECD Convention facilitation/mediation of the Porgera dispute after selection from a global field of in excess of 30 candidates.

Khory currently represents Australia in UNCITRAL Working Group II: Dispute Resolution which is working on the possibility of a model law and or convention on the recognition and enforcement of conciliated settlements. He is also an ICC Australia Board Member and active across a broad range of national Chambers of Commerce in the Australian market.

He has been an institutional representative for entry into cooperation agreements in the ADR and arbitration spaces with both ICADR (India) and BANI (Indonesia) as well as spoken throughout the region in Korea, Taiwan, China, India, Indonesia and elsewhere. He is regularly a speaker on panels including judicial officer such as at RAIF
He is believed to be the only Australian practitioner listed both in Chambers Asia Arbitration (Australia) and in the International Who’s Who ranking for International Commercial Mediators.

He is also active in the educational space receiving a Doctorate of the University of Griffith University in acknowledgement to his commitment to public contribution and lifelong learning and is a member of its Foundation Board.

He has worked with a range of students across a variety of universities in Australia and China in relation to different dispute resolution competencies. He is a regular sounding board for educational sector bodies when attempting to introduce new models and programs into the tertiary legal education space. He has been a speaker in that space on the question of globalisation/internationalisation of educational service provision
Khory is in tune with global and regional dispute resolution education, design and service delivery from all stakeholder perspectives.