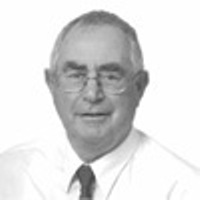 An arbitrator, conciliator and mediator with rural specialization being a registered valuer and primary industry consultant with over 40 years experience.

Established the firm of Larmers in 1973 and merged with the national TelferYoung Group in 2000. Following 10 years with TelferYoung set up in independent practice again in April 2010 being sole director of LARMER ADVISORY LTD providing services in dispute resolution, litigation support, and consulting valuer, as well as discharging ongoing advisory / trustee duties.