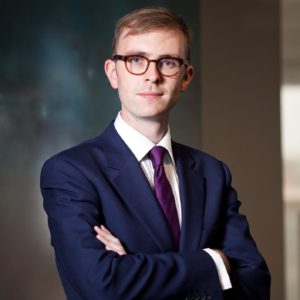 Jeremy is a Partner at Wynn Williams and is an experienced litigator and dispute resolution specialist. He has particular expertise in arbitration, commercial, insolvency, equity and trust law.

Jeremy has offices in both Christchurch and Auckland.

Jeremy is a Fellow of the Arbitrators’ and Mediators’ Institute of New Zealand for Arbitration; he is the youngest person to have achieved this distinction. He is also a Fellow of the Chartered Institute of Arbitrators. Jeremy received the Sir Ronald Davison Award for excellence in arbitral award writing.
Jeremy is a member of the Society of Trust and Estate Practitioners (STEP) and holds a STEP Advanced Certificate in Trust Disputes.

Jeremy is recognised as being a leader in his field by the 2018 Chambers Asia Pacific and recommended by 2017 Legal 500 global legal directories.

In 2017 Jeremy was awarded the NZ Law Awards Artemis Executive Recruitment Young Private Practice Lawyer of the Year (under 35).

Outside of work Jeremy is active in the community. He is a member of the Legislation Design Advisory Committee which reviews proposed legislation for the Attorney-General and Parliament. He serves as Deputy Legal Advisor to the Primates of New Zealand and Chancellor of the Anglican Diocese of Christchurch.

Jeremy is actively involved in educational governance. He is a member of Te Kaunihera one of the governing bodies of the College of St John the Evangelist. Jeremy is also a Fellow of Christ’s College, Canterbury