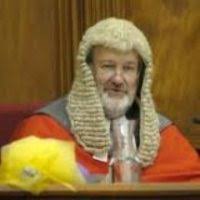 University: Bachelor of Laws, University of Otago, 4th May 1968.

Solicitor of the Supreme Court of New Zealand

Barrister of the Supreme Court of New Zealand

1995 Speaker on Letters of Credit, Jakarta

May 1997 Speaker at World Bank Conference, “Justice Through Case Management” on reforms to the administration of Justice in Trinidad Tobago.

1997 – 2004 Department for Courts Change Board. (Overseeing an $80 million modernisation programme, including work processes for all jurisdictions, together with computer support mechanisms).

October 2009 – Appointed to Board of New Zealand Cricket.