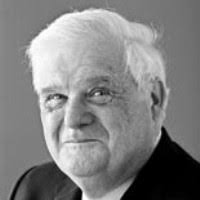 Sir Ian’s reputation as an arbitrator and mediator is grounded in a distinguished legal career. At the bar and on the Bench and in 8 years as an arbitrator and mediator he has dealt with cases in construction and engineering, energy and utilities, insurance and reinsurance, international commercial arbitration, oil and gas, intellectual property, banking and real property valuation.

On the bench he presided over much major commercial litigation and has made numerous distinguished contributions to the evolution of the New Zealand court system. He was knighted in 1994 for services to the law. He was the Judge in charge of the Commercial List from 1987 to 1997.

Since his retirement, Sir Ian has conducted many commercial arbitrations and mediations. He has taken on major appointments both here and abroad, including being chair of several arbitral tribunals for the ICC. He was the first World Intellectual Property Organisation domain dispute panelist appointed in New Zealand.

He is an appointee of the New Zealand Government with the ICSID Panel of arbitrators. He has been appointed as Chair of an ad hoc arbitral panel in a BIT dispute between a European investor and an Asian nation. He is on the Panels of various arbitral institutions including AAA, SIAC, ACICA, BCICA, HKIAC, KLRAC and AGRAP.

His many professional appointments include: Past-President and Fellow of the Arbitrators’ & Mediators’ Institute of New Zealand, a Fellow of the Chartered Institute of Arbitrators (UK). He is currently chairman of the Banking Ombudsman Commission of New Zealand. He was Chancellor of the University of Auckland from 1991 to 1999. He is a door tenant at Essex Court Chambers, London.

He has delivered papers at numerous conferences and written articles on a wide variety of legal topics. In 2006, he was a visiting scholar at Wolfson College, University of Cambridge.