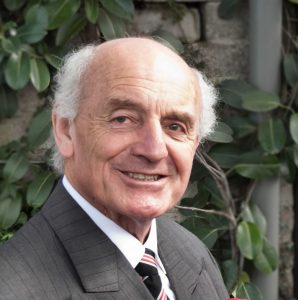 Justice Hugh Williams served as a Master (now Associate Judge) of the High Court from 1989 to 1993. He was appointed a Judge of the High Court in 1995 and served as Senior Puisne Judge 2008-2009. During that period he also served as Acting Chief High Court Judge. He has been a Commercial List Judge from 1996-2009 and was Judge in charge of the Commercial List from 2004-2007. He chaired both the Standing Committee on Courthouse Design and the Criminal Practice Committee for the period 1999-2006, and has been seconded to the Court of Appeal for periods totalling over a year of service.

Prior to his appointment to the High Court, Justice Hugh Williams practised as a barrister and solicitor in Palmerston North until 1981, and then as a barrister sole.

He was appointed a Queen’s Counsel in 1988 and practised as such up until his appointment as a Master of the High Court in 1989 but, after declining reappointment as a Master, returned to practice as a barrister in Auckland from 1993-1995. During his time in Palmerston North he was active as a member and President of the Manawatu District Law Society and served on a number of Committees of the New Zealand Law Society, including chairing the Courts and Tribunals Committee from 1986-1989.

Justice Williams served as a Palmerston North City Councillor from 1983-1989.

Justice Hugh Williams has also made a substantial contribution to tertiary education, including as a member of the Council of Massey University for some 25 years, where he served as Chancellor from 1991-1997.

In 2009 the Minister of Justice appointed Justice Hugh Williams President of the Electoral Commission, an office he still holds.