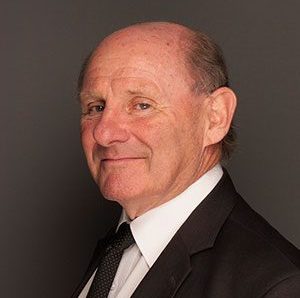 In over 44 years as a barrister Graeme has appeared in a large number of cases in areas as diverse as franchise agreements, community titles existing within the Torrens title system, misrepresentation on the sale of businesses, actions between financial services providers and the Financial Ombudsman Service, claims for prerogative relief in the Superior Courts of Australia and New Zealand and constitutional law.

He has argued choice of law / conflict of law issues in appellate courts, in a number of leading cases and important issues of insurance law. He has also advised a large multinational law firm in London on the potential product liability of US trusts for whom the firm acted in respect of liability for asbestos-caused diseases.

Graeme has appeared in arbitrations and mediations over the years often as counsel, but frequently as an arbitrator or mediator at the request of the parties rather than from any panel list.

He was admitted as a Solicitor of the Supreme Court of New Zealand in 1966, and Graduated with an LLB in 1967. He was called to the Bar in New Zealand in 1968 and New South Wales in 1982.
Between 1968 and 1979 he conducted a large number of both civil and criminal trials in New Zealand, including a criminal appeal that has been said to be the root stock of a body of international law, followed by the House of Lords, High Court of Australia and a number of other jurisdictions including civil law jurisdictions.

He appeared for two trade unions in obtaining injunctions preventing foreign backed takeovers of the control of the union; and in actions of contract, tort including defamation, land law and specific performance.

He was solicitor and then partner in Sydney from 1980 to 1982 primarily representing insurance companies.

Graeme has also represented a large mining company and several of the world’s larger insurers, took Silk in New South Wales in 2000, and he was the Acting Judge of the Dust Diseases Tribunal of New South Wales – a fast track litigation court of unlimited common law jurisdiction for asbestos and other dust caused disease cases between 2001 and 2005.

He was appointed in 2002 as one of two arbitrators in Australia for the United Kingdom Board of Trade, in respect of claims brought against the Board by former United Kingdom miners claiming injury or disease as a result of such employment.