In line with Ministry of Health guidance, our staff are currently working remotely. They remain available to assist and it is business as usual. However, we ask that wherever possible you contact us online or by email to registrar@nziac.com.

If you need to courier documents, please contact our Registry staff in the first instance to confirm the appropriate delivery details. 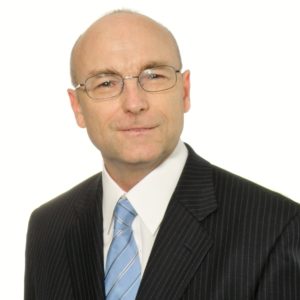 Gordon is an accomplished international commercial disputes lawyer and arbitrator, with an emphasis on engineering, resource, energy, and construction insurance matters throughout Asia-Pacific. He is admitted as a barrister and solicitor in Western Australia, and was an English admitted solicitor between 2002 and 2012.

Gordon was awarded the Canterbury District Law Society Gold Medal in 1994, and the Consulting Group Master of Business Administration Prize for best performance in MBA in 1991. He was also listed in The Asia Pacific Legal 500 as a Leading Individual in construction law in Singapore between 2001 to 2007, and by his peers in Best Lawyers in Australia in construction/infrastructure law and international arbitration in 2017 and 2018.

Prior to becoming a lawyer, Gordon practised for 12 years as a consultant civil/structural engineer and project manager in Australia and New Zealand in the design, contract administration, claims assessment, negotiation and settlement, for mining, oil and gas, industrial, and hydro-electric projects.

Gordon was resident in Singapore for 11 years, and 2 years in Hong Kong. He was head of Engineering and Construction Law and the International Arbitration Groups at international law firms until 2012. More recently, he was Senior Legal Counsel advising the EPCM and EPC contractors on the Gorgon ($55m) and Inpex LNG ($40m) projects respectively on major claims.

Gordon is also an experienced international arbitrator, and has been appointed as sole, emergency and panel arbitrator on major infrastructure, oil and gas, commodity, mergers and acquisitions, intellectual property, and commercial dispute arbitrations. He has also been appointed in two investor-state arbitrations under the auspices of ICSID.

He is a member of the SIAC, HKIAC, AIAC, LCIA, AICC, AICC, ICDR, NZDRC, NZIAC panels of arbitrators, the Law Society of Western Australia Panel, the CIArb Presidential Panel, and the Economic Regulation Authority, Western Australia, Panel of Arbitrators. Gordon is also a Chartered Arbitrator and Resolution Institute Grade 1 Arbitrator.

He has substantial experience as counsel in complex international arbitrations, having conducted over 50 arbitrations of up to $US2.2b in value in London, Hong Kong, Singapore, Tokyo, Kuala Lumpur, Bangkok, and Jakarta under institutional rules ICC, SIAC, HKIAC, TAI, Bani, KLRCA, and ad-hoc arbitrations (UNCITRAL). He has also conducted a major, US$200m, investor state dispute on behalf of an investor against an Asian state under the auspices of ICSID.

He has published over 50 articles and delivered over 70 presentations at seminars on international arbitration, and engineering related topics in Singapore, Australia, New Zealand, Malaysia, Hong Kong, Thailand, Taiwan, and Vietnam.