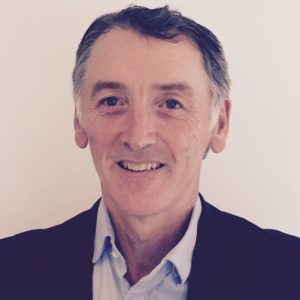 Gerard is a New Zealand-qualified lawyer and accredited mediator.

Since 2000, Gerard has worked as a senior advisor, focussing on the development, provision, use of and management of software and services engagements.

Before establishing his specialised service offering, Be Amorgos IT Contractual Services, he worked from 2000 to 2016 for global IT consultancy groups (including the former EDS Inc group and the Accenture group) engaging with business and government agencies teams in the ANZ, Asia Pacific, North American, UK and European markets.

From 2018, in partnership with NZIAC, Gerard has led an international industry consultative project analysing the causes of software project misalignment and emergence of contractual disputes. This detailed survey driven process led to a Report “Avoiding Conflict and improving dispute resolution  for IT Projects”.

In 2021 Gerard and NZIAC designed adoptable plain English Contractual modules, centered on project governance, promoting expedited conflict mitigation (including recourse to a neutral industry experienced mediator or a technical expert (adjudicator)) and then, if not resolved, to arbitration.

• Mediator: In April 2016 CEDR (www.cedr.com) mediator accreditation attained in London. AMINZ Associate Membership since 2017.
• Admitted Solicitor:
i. Admitted to the role of barristers and solicitors of the High Court of New Zealand; and
ii. Admitted as a solicitor in New South Wales, Australia.
• LLM (Honours), University of Auckland (1992-1994), with a thesis on judicial interpretation harmonisation concerning disputes governed by international trade law conventions, and studies in international arbitration and business law.
• Bachelor of Law (1981-1985), University of Auckland.