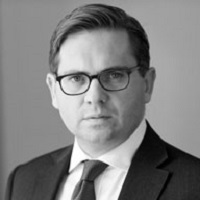 Dr. Konrad is founding partner of the firm Konrad & Partners in Vienna, Austria. He is an Austrian Rechtsanwalt, a Solicitor of England and Wales, and admitted as a Euroadvokat in the Czech and Slovak Republics.

He has represented international organisations and businesses in a broad range of disputes over subjects including long-term energy contracts, complex construction contracts, concession agreements, entitlements to natural resources, immunity from jurisdiction, infrastructure projects, as well as mergers and acquisitions.

He regularly advises clients on the protection of their investments with a focus on Central and Eastern Europe and on the enforcement of arbitral awards and court judgments.

Dr. Konrad frequently serves as an arbitrator as well as an advocate, and regularly lectures on his fields of expertise. He is a visiting professor at the South East European University and he co-authored the first English-language treatise about the Rules of Arbitration and Conciliation of the International Arbitral Centre of the Austrian Federal Economic Chamber (VIAC): ‘The Vienna Rules: A Commentary on International Arbitration in Austria’.

He is listed in the Guide to the World’s Leading Experts in Commercial Arbitration. In its 2011 dispute resolution rankings, Chambers & Partners described Dr. Konrad as “an impressive advocate with a pragmatic mindset” who proves popular with clients due to his “in-depth knowledge, technical expertise and strategic ability”.

Prior to founding the firm Konrad & Partners, Dr. Konrad worked as general counsel for an international construction and development group and as a lawyer in the international arbitration group of Freshfields Bruckhaus Deringer LLP in Vienna and London.