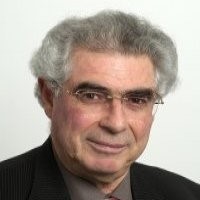 Head of the Energy and Construction Law Department at Simpson Grierson until 1995; then practicing as a commercial barrister as an arbitrator and adjudicator, principally dealing with construction disputes.

Also engaged as an independent advisor to the Engineer to the Contract on a number of projects; and as the sole Dispute Board in World Bank funded projects.

For five years until 2015, the NZ Alternate Member of the ICC Court of International Arbitration.

Since 2013 an Inaugural Fellow of the International Academy of Construction Lawyers (one of two from NZ and by invitation).

2017 MNZM for services to Arbitration and Education.

Have acted an arbitrator in over 40 arbitrations including 6 for the ICC Court. Acted as an adjudicator in over 90 adjudications.