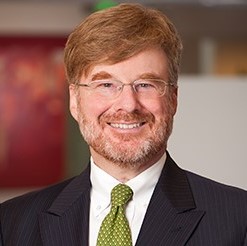 Amb. (r.) David Huebner, C.Arb is an international arbitrator affiliated with JAMS in Los Angeles and New York. A lawyer by training, he previously held senior positions in the Asia Pacific region, including as U.S. Ambassador to New Zealand and Samoa, chairman & CEO of an international law firm, founding chief representative of a law firm in Shanghai, and special intellectual property policy adviser to a member of Japan’s National Diet. Before becoming an independent neutral, he was a partner in the international arbitration, public international law, and intellectual property groups at Arnold & Porter LLP. He is a graduate of Princeton University (summa cum laude) and Yale Law School.

He has more than two decades of experience handling cross-border disputes, is on the panels of arbitrators of the principal international and regional arbitral institutions, and has handled more than 150 arbitrations as neutral or advocate in three dozen jurisdictions around the world. He has particular subject matter expertise in the technology, telecom, life sciences, entertainment, and energy sectors. He was named to SVAMC’s “Tech List” of the world’s most accomplished technology arbitrators and has been designated a Chartered Arbitrator, the highest credential conferred by the Chartered Institute of Arbitrators in London. He is a licensed solicitor in England & Wales and a member of the Bars of California, NY, and DC.