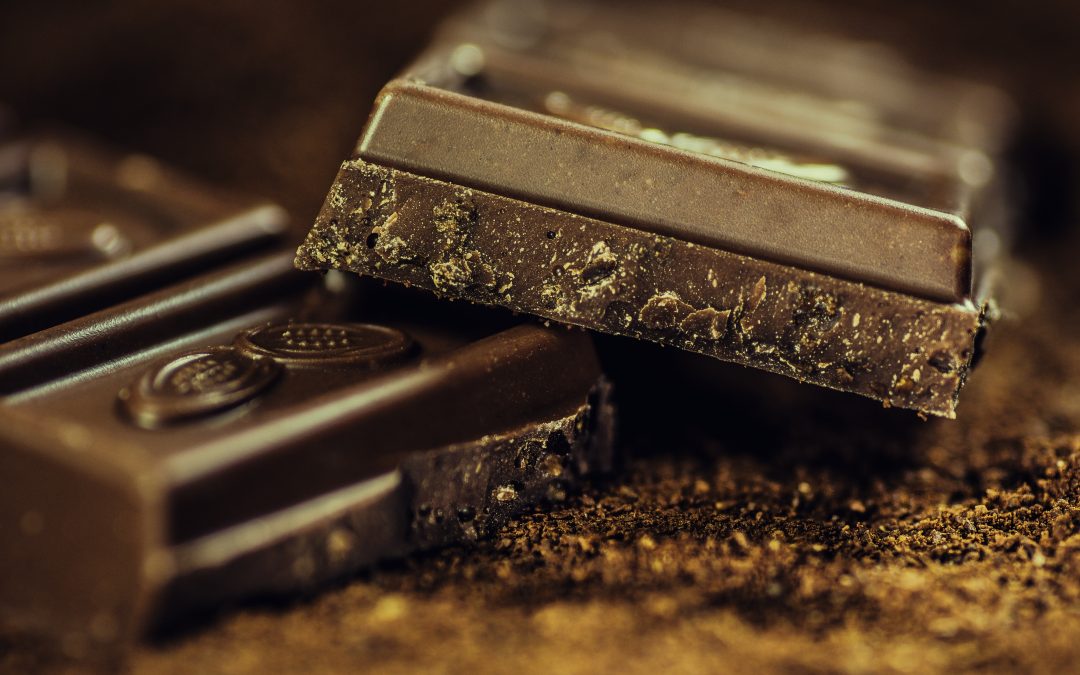 By Elliott Couper and Jack Davies

New Zealand confectionary and chocolate manufacturer, JH Whittaker & Sons Ltd (Whittaker’s), has brought a successful motion to stay litigation commenced against it by Husky Food Importers & Distributors Ltd (Husky) in the Ontario courts in Canada.  The Ontario Superior Court of Justice found it was arguable that a valid arbitration agreement existed and that the dispute was covered by the arbitration agreement, and referred the parties to arbitration administered by the New Zealand International Arbitration Centre (NZIAC).

Not only is the decision to be applauded given its adherence to orthodoxy regarding the ‘competence-competence’ principle and its pro-arbitration stance, it provides valuable lessons for drafting – particularly with respect to the incorporation of standard terms of trade.

Between 2014 and 2020, Husky distributed Whittaker’s confectionary and chocolate products in Canada.  Husky subsequently brought claims against Whittaker’s (and another distributor, Star Marketing Ltd) for breach of contract, breach of the duty of honest performance, inducing breach of contract, intentional interference with economic relations and passing off (the Action).

During the period of Whittaker’s and Husky’s relationship, they negotiated the terms of a formal distribution agreement.  Husky’s position was that the parties had concluded an agreement by 15 May 2020 (Distribution Agreement).[1]

The Distribution Agreement included a Schedule G that consisted of a standard form order agreement and Whittaker’s Standard Terms of Trade (the Terms).  The Terms included an arbitration agreement at clause 19.1 in respect of “Overseas Disputes” (Arbitration Agreement) that provided (in relevant part):

Where the Customer is located outside of New Zealand, any dispute, controversy or claim arising out of or in connection with these Terms, or any question regarding its existence, breach, termination or invalidity, will be referred to the New Zealand International Arbitration Centre for arbitration in accordance with the New Zealand Arbitration Act 1996.

Other relevant terms of the Distribution Agreement provided that:

Whittaker’s motion to stay relied on the Arbitration Agreement in the Terms.  Whittaker’s argued that Husky’s Action must be referred to arbitration and that it was the arbitrator’s role to determine all jurisdictional and substantive issues between the parties.

A court before which an action is brought in a matter which is the subject of an arbitration agreement shall, if a party so requests not later than when submitting his first statement on the substance of the dispute, refer the parties to arbitration unless it finds that the agreement is null and void, inoperative or incapable of being performed.

Moreover, according to Article 16(3) of the Model Law, arbitral tribunals have the competence to determine their own jurisdiction, including in respect of any objections to the existence or validity of the arbitration agreement (this principle is known as “competence-competence”).[3]  A consequence of this principle is that in any case involving an arbitration agreement, a challenge to the arbitrator’s jurisdiction must first be resolved by the arbitrator.[4]

Ontario law therefore requires that court proceedings brought in violation of an arbitration agreement are stayed and that the parties are referred to arbitration.  The Court referred to the five-step test set out in Haas v Gunasekaram as providing the relevant framework for analysis on a stay motion:[5]

The Court proceeded to address the five steps in turn.

There was no dispute between the parties that the second to fourth steps of the Haas framework had been met.  The Court’s analysis therefore focused on the first and fifth steps.  In the event, the Court held that both steps had been satisfied and as a consequence stayed the proceedings and referred the parties to arbitration.

On the first step, the Court observed that only a low threshold must be met to establish that there is an arbitration agreement.[6]  Courts must be satisfied that it is “arguable” that the parties are subject to an arbitration agreement.[7]  The Court held that this threshold had been met in the case.[8]  The Court was satisfied that it was arguable that Section 6.2 incorporated the Terms (containing the Arbitration Agreement) by reference.  There was, moreover, no suggestion that Whittaker’s had surreptitiously inserted the Terms: Husky actually engaged with the document.

On the fifth step, the Court was not persuaded by Husky’s argument that the issues of the validity and enforceability of the Arbitration Agreement should not be referred to arbitration because Section 8.7 of the Distribution Agreement (read with Section 8.4) rendered it clearly inoperative.[9]  The Court found that Whittaker’s had “arguable” arguments that the sections were not inconsistent as: (i) New Zealand is the seat of the arbitration and the courts of New Zealand retain supervisory jurisdiction to aid in the arbitration process; (ii) case law holds that an arbitration agreement is not necessarily in conflict with a choice of forum clause; and (iii) the Arbitration Agreement was more specific and detailed than the generally worded, non-exclusive jurisdiction clause.[10]

Indeed, national courts of the more than 160 signatory countries to the New York Convention (including Canada) frequently stay litigation brought in (arguable) violation of an arbitration agreement and refer the relevant parties to arbitration.  In this respect, Husky represents the orthodox application of Article II of the New York Convention (which is of similar effect to Article 8(1) of the Model Law).

Second, while to arbitration practitioners it might seem like granting a stay was the obvious solution, Husky was able to muddy the waters by raising arguments that the arbitration agreement was of no effect.  Central here was Husky’s claim that the Arbitration Agreement was overridden by the non-exclusive jurisdiction clause in favour of the New Zealand courts in the primary Distribution Agreement.

Although Whittaker’s was successful in seeking a stay before the Ontario Superior Court of Justice, it will still have to address Husky’s argument before the arbitrator, who will ultimately be responsible for determining whether the Arbitration Agreement is valid.  Indeed, the Court noted that this is a case where the validity or operability of the Arbitration [Agreement] will require a ‘thorough review of the parties’ complex contractual discussions, understandings, expectations and arrangements.[11]  Whittaker’s could have avoided this issue altogether if it had, for example, expressly provided that the Arbitration Agreement would prevail over the non-exclusive jurisdiction clause in the Distribution Agreement.

Husky therefore serves as a useful reminder that parties should always ensure that the primary contract and any terms of trade are in harmony, and that the provisions of each do not conflict (least of all the dispute resolution provisions).  This may be particularly important in the context of standard terms of trade, which commercial parties (and particularly vendors) often seek to include in contracts for reasons of commercial efficiency.

Finally, it is encouraging to see the parties’ agreement to arbitrate in New Zealand administered by the NZIAC being upheld.  New Zealand is an arbitration-friendly jurisdiction that has a judiciary and legislation that are highly supportive of international arbitration.  It is hoped that New Zealand will continue to develop as an attractive seat for international arbitration (particularly in disputes with a connection to the Asia Pacific region), and as a reliable alternative to other, more established seats in the region (such as Singapore or Hong Kong).

Elliott Couper is an Associate in the London office of Willkie Farr & Gallagher LLP.  He works on complex multi-jurisdictional disputes and advises corporations, individuals, States and State-owned entities on commercial and investor-state arbitrations as well as public international law.  Elliott has acted as counsel and as tribunal secretary, and has experience of proceedings in a number of industries and under various institutional rules (including the ICSID, ICC, SIAC and NAI rules).  Elliott also has experience in court litigation.  He has represented clients in cases connected with arbitral proceedings in different jurisdictions and has acted for corporate clients and the Government at all levels of the New Zealand courts (including appearances as lead and junior counsel).

Jack Davies is also an Associate at the London office of Willkie Farr & Gallagher LLP.  He is a New Zealand-qualified barrister and solicitor specialising in commercial and investment-treaty arbitration, and cross-border litigation.  He has advised major multinational corporations and financial institutions in commercial and investment matters under the ICC, LCIA and ICSID Rules, as well as in ad hoc arbitrations.  Jack also has significant experience in complex commercial litigation, and before commencing practice as counsel served as clerk to the now Chief Justice of New Zealand, Dame Helen Winkelmann, and one of New Zealand’s pre-eminent arbitrators, Sir David AR Williams QC.

[1] Whittaker’s disputed that the parties ever concluded an agreement; however, for the purposes of its motion to stay, Whittaker’s relied on Husky’s pleading that a contract existed.

[2] Under the ICAA, where a court refers the parties to arbitration, the proceedings of the court are stayed with respect to the matters to which the arbitration relates:  ICAA, section 9.  The Arbitration Act 1996 (NZ) has equivalent provisions: see Schedule 1, clause 8.

[10] For completeness, we note that the Court also rejected an argument by Husky that the litigation should not be stayed because it would lead to a multiplicity of proceedings.